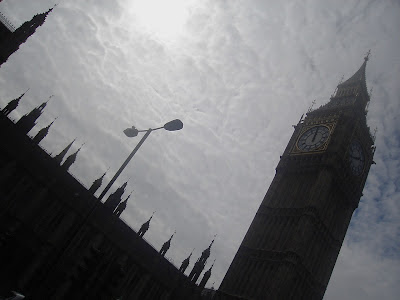 Ben on Tilt
A few observations from the first 2 days in Britain:

They have Diet Coke in London. Real Diet Coke. Not that Coke Light crap they sell on the European Continent. Diet Coke>Coke Light.

Subway sandwiches taste exactly the same in England. Except they call the veggie toppings "salad" and potato chips "crisps" since "chips" are actually "fries" here.

At the WSOP Europe launch party last night, a tipsy Joy Miller came running up to me, saying "Shelly!" "Um... no" was my response. This is the same woman who coined the phrase "You're Terrence Chan, not Johnny Chan" so I wasn't offended in the least.

The Brunsons made London a family trip of it. Doyle, Todd, Mama Brunson, and Pam Brunson are all here. Pam came up to her brother Todd during the H.O.R.S.E. event after an afternoon of shopping to see how he was doing. Todd was quite short stacked and not happy about it.

Todd: So what did you buy?

Pam: All afternoon and I only bought about $200 worth of nuts.

My first glimpse of Annie Duke at the WSOP-E was of her bitching out a dealer. ("He has the king of spades so he's the bring-in not the king of hearts." she cawed.) Duke bitching at dealer stories are really almost cliche at this point.

Scott Fischman got faaaat. I wonder if it's too many Cheetos while 12-tabling or the adverse effects of psychotropic medications?

Robert Williamson III put on some pounds too, but I know that's from fast food. The last time I saw him before today was in Vegas in the drive-through lane at the Taco Bell on Decatur and Flamingo ordering a Crunch Wrap meal.

I saw a guy walking a ferret on a leash in Leicester Square. All I could think about were the nihilists in The Big Lebowski unleashing that thing on The Dude in the bathtub. "Next time we cut off your Johnson!"

Phil Gordon is here. With his wife. Booooo. I think I'm moving on from Phil to Paul Wasicka.

Here's a few shots from the last couple of days: 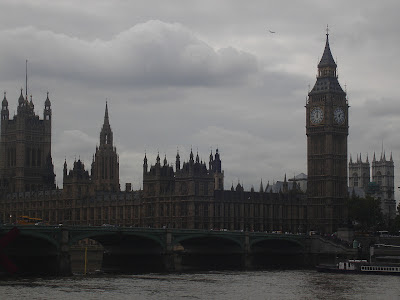 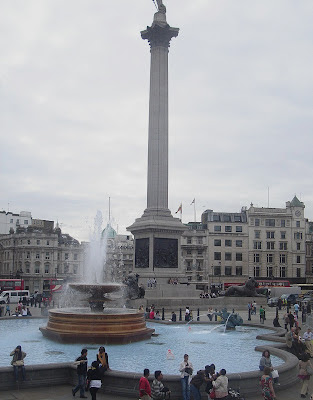 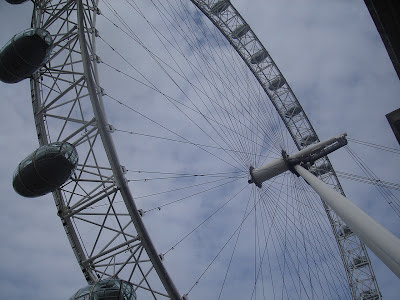 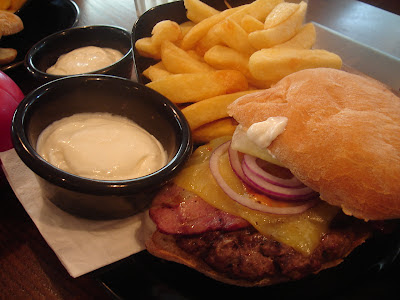 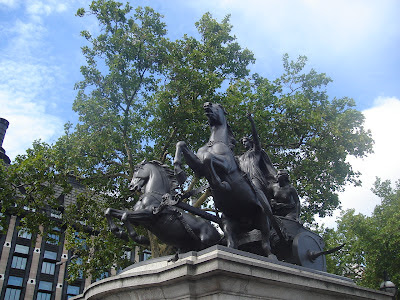 Random Horse Statue near Westminister Bridge
Posted by change100 at 4:57 AM

Scott Fischman? Man that guy was a beanpole too. How much did he eat every day to gain weight?

Paul Wasicka - yum. Although I'm not sure how tall he is...Phil G, he's a tall drink of water.

Annie Duke bitching out a dealer? Your kidding!! I am shocked! NOT!

You'll probably be upto your eyeballs in tourney reporting, but if you have some time and fancy a beer and/or a trip to some less salburious parts of town then it would be cool to meet you guys.

I vote for moving on to Paul Wasicka. He's gorgeous and doesn't have the ugly ego I've seen in Phil. Hard to believe Scott is fat now...he was always so skinny.