Is it Luck or is it Skill? 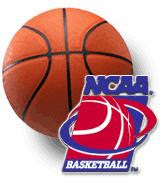 Until this year, I had never participated in a March Madness pool in my life.

Win. As in first place. Out of 40 people, all of whom know infinitely more about basketball than I do.

I'm not a dumb blonde. Except in this case.

I read on Joe Speaker's blog that he took like, 2 hours to do his picks. Pauly worked on his all night in a fit of insomnia and number-crunching before turning them in. He factors in all sorts of crap like 3-point shooting and free throw percentages. Even if I had those sort of stats, I wouldn't know what to do with them.

I took about 10 minutes fill out my brackets. Mostly I picked the higher seeds over the lower ones, and threw in a few upsets by schools with funky names like "Oral Roberts." I also favored Big Ten schools since I went to one, and Pac-10 schools like my hometown favorite, UCLA.

Those upsets didn't work out so well for me. But the higher seed over the lower seed thing was pure genius!

Also, if I had known that teams wearing white jerseys would triumph over the teams wearing darker jerseys to the tune of 12-1 from the regional semi-finals onward, then I'd really have been in business. There's always next year...

So, bottom line. If Florida wins tonight, I will win the Pauly's Pub March Madness pool, besting the Dr. by only 10 measly points. If Ohio State wins, I will finish fourth and still cash, pushing Pauly into the bubble-boy spot and tilting him into oblivion.

After lucksacking my way to the top of the pack, I have to wonder.

Sports betting. Is it luck? Or is it skill?

I'll be sweating the game hard tonight, as it represents a monetary swing greater than every sports wager I've ever made (I've only made like 4 bets in my life so don't get too excited).

And, just as I was during the Florida-UCLA Final Four meeting, I'll be hearing Miami Don's voice in the back of my head screaming "call a foul on that homo!" every time Joakim Noah moves in to block a shot.

Wow. I actually know the name of one player!

To relive my March Madness trip to Las Vegas with Pauly, Derek, and Senor, check out these posts from my PokerWorks blog:

Oral Roberts? Is that a University, or two gay guys named Bob?