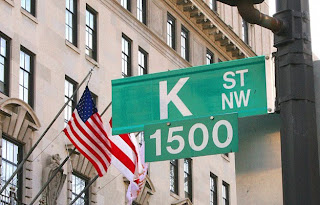 I had some more fun poking around Open Secrets last night, searching out where online poker dollars landed in Washington. Again, this isn't breaking news or intended to be any sort of dramabomb-- it's all publicly available information.
Over the last two years, PokerStars spent $1.26 million on lobbying. They were the seventh-largest donor in the casino/gambling sector in 2010. #1 was Caesar's/Harrah's with $3.9 million and surprisingly, The Poker Players Alliance was #2 with $1.8m. Coming in at #3 with $1.66m was the Interactive Gaming Council, a Vancouver-based trade group representing offshore online gaming entities including PokerStars and Full Tilt.
$900,000 of PokerStars' $1.26 million went to a lobbying outfit headed by former House Majority/Minority Leader and Democratic presidential candidate Dick Gephardt. Beginning in Q3 2009, the Gephardt Group was paid $150,000 per quarter to represent PokerStars on Capitol Hill. They were no small client either; Stars' lobbying dollars represented 9.1% of their $6.59 million take in 2010, tying them for first place with Peabody Energy among the Gephardt Group's clients when it came to reported billing dollars in 2010. Despite the hefty paychecks they received over the last six quarters, the Gephardt Group has never commented publicly on their work for PokerStars, nor do they explicitly list PokerStars as a client on their company website next to their other "stand-up" clients like Goldman Sachs, United Healthcare, and the Government of Turkey. Instead, Rational Entertainment Enterprises, the name of Stars' holding company, is listed. PokerStars is also referred to as "Rational Entertainment Enterprises (on behalf of PokerStars) in the Gephardt Group's lobbying disclosure paperwork filed with the House and the Senate.
So...although Dick Gephardt doesn't mind taking PokerStars' money, he sure seems ashamed to be in business with them. For $150,000 a quarter, he should be wearing a .net patch every time he does a stand-up on CNN.
The remaining $360,000 of Stars' lobbying dollars went to the St. Louis-based law firm of Stinson, Morrison & Hecker at the rate of $60,000 per quarter. Based on the information available on OpenSecrets, PokerStars appears to be their largest client when it comes to government affairs. Of the $1.21 million they reported from clients for lobbying in 2010, Stars represented almost 30% of their receipts. Second-largest was a New Zealand-based dairy company called Fonterra. The firm's other clients primarily lie in the energy, agriculture, and oil & gas sectors. The only lobbyist listed was Jane E. Duecker. Her bio on the firm's website reveals that she is a former assistant attorney general for the State of Missouri and served as the Chief of Staff to the Governor from April 2003 to December 2004. Although it lists her work in a variety of industries, gaming is not mentioned.
PokerStars wasn't the only major online site that engaged in lobbying activities. PartyGaming spent $2,155,000 on lobbying over the last four years: $1.65 million in 2007, $170,000 in 2008, $60,000 in 2009, and $240,000 in 2010. Here's where it really gets colorful-- $1.35 million of Party's 2007 lobbying dollars went to a company called Avatar Enterprises based in Collinsville, IL. Avatar was run by Gary Frears, a man who has been in trouble with various state, municipal, and federal agencies since the early 1980s. After a stint as a fixer for the Illinois Department of Transportation, Frears worked for the Democratic Party's national finance committee before moving into his own business deals. After securing a $13.4 million from the State of Illinois to build a Holiday Inn in the city of Collinsville in 1982, Fears defaulted on the loan and never repaid it, leaving the state hanging on $31 million in outstanding principal and interest by 1995. The state ultimately sold the property at a loss in 2007. Fears moved to Florida in the mid-1990s and began investing in Indian casinos. Almost every deal was fraught with drama and ended acrimoniously.
Frears turned to lobbying in the mid-2000s, acting as the registered foreign agent for the Moroccan government in addition to his work for PartyGaming. Avatar also received a payment of $606,048 from Russel DeLeon, husband of PartyGaming founder Ruth Parasol. The IRS is also after Frears, seeking over $300,000 in income taxes dating back to 2001 from international currency transactions he made with Deutsche Bank. More information on his tangled web can be found in this article: Fears and Lobbying in Collinsville.
So, to recap--along with the (completely toothless) PPA, two of the major forces repping online poker interests on Capitol Hill over the last few years were Dick "Don't tell anyone I'm working the pro-gaming lobby" Gephardt and a notoriously shady motherfucker in trouble with the IRS.
Still like our chances for legalization/regualtion?
Posted by change100 at 10:17 AM

keep digging pls. really surprised to see how much money online poker orgs spent on lobbying, cause it sure didn't seem like millions were being spent given results (or lack thereof).

Shawn said...
This comment has been removed by a blog administrator.
7:48 PM