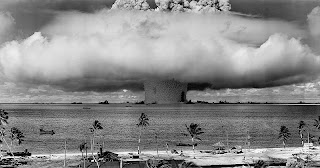 It's lunchtime in Los Angeles and I'm ready to pour a cocktail since I was just able to cash out my life savings PokerStars account. Although perhaps I should put down the shaker until the check clears. Now that the reality of Black Friday has sunk in for me and future plans are being hastily assembled, one other stream of fallout is beginning to come to light.
I miss playing. I really do. Watching sporting events just isn't the same without six-tabling Super Turbos. I was just starting to get decent at Badugi. And opening up the Womens' Sunday tournament was really a mistake. I'd personally vowed to win that fucker at least once by the end of 2011.
Anyhow, here's a few of the things I've been reading and some info on how to get your money out of PokerStars.
PokerStars cashouts now available for Americans: We're obviously not out of the woods yet, but I let out a huge sigh of relief when I heard PokerStars was starting to process cashouts from U.S. players. I first heard about it from Kevmath, and a quick listen to the Two Plus Two podcast confirmed it. The cashout methods available to Yanks depends on the balance you have on the site. If it's $2,500 or less, you can get a paper check. $50,000 and over requires a wire transfer. With $2,500-$49,999 the only option available is something called a "direct bank transfer." You'll need to provide both your bank account number as well as the ABA routing number, which is typically found on the bottom left of your paper checks. Some folks have already reported that the DBT worked for them. Count me among them-- after a brief hiccup where I couldn't enter my entire account number the transfer finally went through. My remaining T$ and step tickets were also converted to cash at 100 cents on the dollar.
No 'mo rodeo: File this under inevitable. News started leaking today that former WSOP commissioner Jeffrey Pollack is stepping down from Professional Bull Riders, Inc. (PBR) to focus on his new role as Chairman of Annie Duke's Federated Sports & Gaming league. FS&G looks like it might be one of the few beneficiaries of the events of Black Friday, now that Full Tilt has done away with the competing Onyx Cup.
Forbes op-ed by Gary Loveman: Yup, he's the sad-faced suit telling you to seek help for your gambling problem in those commercials aka the CEO of Harrah's. He did, however, pen a pretty solid piece in Forbes today that put forth a far clearer argument for legalization and regulation than the PPA ever has. Say it with me-- tax revenue, job creation, game security, consumer protection. Sure there was a bit of underlying "Haha! We gotcha Stars and Tilt! Here we come!" bubbling beneath the surface, but did you expect anything less?
I also enjoyed Matt Matros' op-ed in the Washington Post. Looks like the two of us have similar plans for the immediate future.
dmoongirl sounds off: I'd just started reading dmoongirl's CardRunners blog a few weeks ago. She's a 26 year-old married mom of a toddler who has been an online pro for 6 years, playing $25/$50 6-max NLHE. A week ago she was comfortably supporting her family and filming interviews for the upcoming poker documentary Boom. Now she's out of a job.
Moving Forward, Not Starting Over: Shamus wrote about the Pregame.com podcast I did discussing Black Friday and mused on his own future plans.
And finally, Pauly checks in from Peru, where he penned this stunner about his spiritual journey at Machu Picchu. Check out Cusco - Ollantaytanbo - Aguas Calientes - Machu Picchu.
Posted by change100 at 12:59 PM