The End of the (Poker) World as We Know It 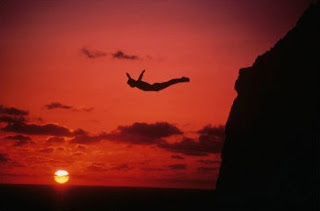 I boarded a plane in Hartford, Connecticut yesterday morning, wearing a PokerStars sweatshirt, carrying a PokerStars player bag, and having just completed a week of work at the PokerStars.net NAPT Mohegan Sun. I was looking forward to a few days off before beginning one of two weeks-long writing assignments for PokerStars and would have probably spend a significant chunk of that time off grinding up a little income on PokerStars (and Full Tilt). As I sat down in my cramped seat on the American Eagle CRJ that would fly me through a thunderstorm to Chicago, where I’d have less than half an hour to change planes due to our late departure, I checked my email and Twitter account one last time.
The world was ending. The online poker world at least.

The U.S. Department of Justice just put thousands of Americans out of work, myself included. I’ve grown accustomed to walking the razor’s edge of a freelancer’s life; I made it through the UIGEA, media downsizing, and budget cut after budget cut. Then, when my financial outlook was at its absolute bleakest, I managed to ship a live tournament and buoy myself through that particular rough patch. Now I’ll be mummified in red tape before I see a significant chunk of that money, not to mention the rest of my bankroll and everything I’ve earned since then. It’s more money than I’ve ever had in one place in my entire 33 years on this planet. And my government is not only withholding that money, but taking away the way I earn my living because they think it’s better that they make my decisions for me.

Where’s my unemployment check? Oh that’s right. I won’t get one, and neither will the thousands of people who just lost their only source of income thanks to my country’s ever-increasing nanny state. And it was so nice of them to wait for April 15, when most of us had already paid our taxes on all that dirtily procured income. As my friend Erica Schoenberg put it on Twitter in the aftermath of the announcement—“I should be able to smoke a blunt, abort a baby, marry a girl and play online poker if I want to. Quit telling me what to do with my $ or body. FU.”
Amen, sister.

Once I was on the ground in Chicago, a flurry of emails ensued between Pauly and I as I tried to see if he could transfer funds out of my Stars account from Peru, where he’s on assignment covering the LAPT Lima. No dice. Although I’m confident that Stars and Tilt will make it right for their players and we will see our account balances returned at some point, I see this taking months, if not longer. This isn’t just money I was going to live on. It's essentially my entire life savings.

After a sprint through O'Hare Airport, I made my connecting flight to Los Angeles. Strangely enough, for the first time in about six months my upgrade cleared at the gate. It seemed like a nod from the universe saying “Here you go sweetie, sorry your life is completely fucked at the moment.” I took my seat in 5A next to Joe Giron, the best photographer in poker, and we commiserated over a couple of Canadian Club and sodas. After a while, we both had to forget about it and temporarily tune out. Without in-flight wifi, we were completely cut off at 35,000 feet. We ate shrimp cocktails, chicken with pasta, and that ice cream sundae everyone envies from the economy seats. I was acutely aware that this might be the last time I'd do so on a flight paid for by PokerStars. Joe watched The Office, while I zoned out to an episode of Survivor.
The tribe has spoken.

I looked up and the Rocky Mountains were out my window. Grand, ancient, and snow-capped. Stunning. I'd been thrown off steep cliffs before and have always managed to climb back up. I couldn't see a way back up from this one, at least not toward poker and at least not in the foreseeable future. Anyway you slice it, I lose. Everyone in the industry loses, be it money, a livelihood, the freedom to do what you love or even your ability to live in the country you pledged allegiance to every morning of grammar school. Online pros are already talking about leaving for Europe, Canada, or anywhere else the Nanny States of America can’t reach them. Men and women who were able to spend more time with their families thanks to the freedom online poker provided will be dusting off resumes and entering the worst American job market in over 80 years.

But oddly enough, as those mountains turned to desert, I found a strange sense of peace. Every time I have been pushed off a cliff, I found something better. Hollywood shoved me off the seventh floor of a Wilshire Blvd. high-rise and I found the love of my life. The UIGEA cost me the job I'd barely begun with Party Poker and I ended up traveling the world several times over for other clients. One of those clients unceremoniously sacked me and it sent me down a path that led not only to my first major live score, but to me revisiting outside writing projects I'd long struggled with. I can only hope that my fall from this particular mountainside will see me finishing them.
I'm lucky enough to have a partner who saw this shitstorm coming a long time ago, and has prepared us well for it. A lot of people aren't as fortunate as we are. Life will go on, online poker will even go on someday when the industry finally figures out the right people to pay off. It doesn't matter to me anyway. I gave up on politics a long time ago. I understand who really pulls the strings in this country and it’s not the president, Congress, or anyone else who is elected to public office. It’s powerful corporate interests, and the online poker industry in the U.S. and everyone who earns a living in it is now collateral damage in the ongoing war between B&M casino entities, online operators, and the federal government.
It was winter when I left here two weeks ago. It's 88 degrees today. My boyfriend is still in Peru and I miss him terribly. And since I can't fire up a super-turbo SNG to blow off some steam, I may even go outside.
Posted by change100 at 12:16 PM

What a wonderful post. You write extremely well and managed to beautifully put things in perspective for a lot of poker players in this difficult time. And you're right, no matter what happens, good things will happen. Whether those good things are poker related or not, time will tell.

After your "Exit Interview" post last year, I commented :

Their loss. I'm sure there's something even better waiting round the corner.

I was right. Now, in very different circumstances, all I can say is that I'm sure there's something even better waiting round the corner.

I feel awful for you and all my other friends who have had their livelihoods impacted by the events of this weekend. I have faith that the talented ones in the bunch (you, Pauly, Otis, Al, BJ, Jen, and many more) will come out alright after a period of adjustment. You guys will always bounce back because you're the good guys.

The question of the day, "Will US citizens get their money back?" not withstanding, a few other questions have nestled into my head since "Black Friday". Isn't there going to be an issue with possible global discrimination? The US seized the four largest (International) poker sites in the world affectively cutting of all poker ties to our European brethren. Are we completely cut off? I do know that there are currently several poker sites still operating and accepting US dollars. Whether or not they allow non-US residence, I do not know. And there is some conjecture that even these sites may not be totally legit. What will happen with the loss of the intermixing European and US cash that has been occurring? Is it the idea of the US to segregate us form the rest of the poker world?
The indictments come only a few days after Washington DC becomes the first US state to legalize online gambling and will be somehow running it through or in conjunction with their lottery system. The idea behind this plan of implementation is of course to boost the economy. All of the US states will now be "allowed" to follow suit and do the same thing. If and when a state does institute that system or something similar you can bet that they won't allow non-US players a chance to take that money out of the country. Makes you wonder if that's not the real reason behind the arrests. Not so much the illegal activities that Pokerstars and the rest are accused of (which should be answered for) but the fact that SO much money was leaving the us altogether. But that's another discussion entirely.

I think that you have misread the enemy. It is not the "nanny" state, that is the lingo used by the very people that try to curtail your rights for philosophical and or religious reasons, that should be your collective target. A nanny doesn't stop you from using scissors she will stop you from running with them. The people you are pissed off with will stick them in your eye to punish you because you looked at something their twisted mind does not approve of. For the most part governments are needed to manage the commons but not to tell you what to do in your own home as long as you hurt no one. Here in Canada where we have the "nanniest" of states in north america we have staved the imposition of such drastic measures by making sure the Conservative Party a right wing government stays a minority government. Unfortunately for you Americans the cut isn't so clear with red democrats and blue republicans and who knows what else. Hope this all comes out in the wash someday.

Wishing you the best in all of this Change! Love the Erika quote too. LOL.

Great post, keep your head up! Best wishes to you and Dr. P