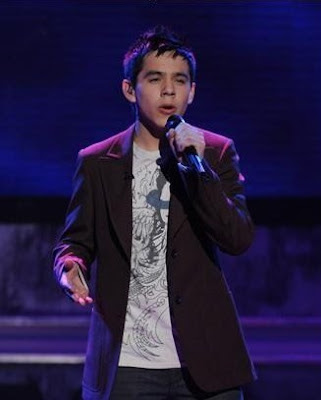 Last night, the Idols tackled The Beatles. Again. I don't care how much they paid for the right to the catalog, but it's a pretty bad idea if you ask me to do Beatles two weeks back to back. It definitely diluted this week's performances when compared with the outstanding turns last week by David Cook, Carly Smithson, and Brooke White. So immediately these kids are going in as underdogs given that they've already done so well with Beatles songs. Couldn't it be like, Metallica night? Chikezie could totally do Enter Sandman.

So how did our future pop stars and C-list tabloid celebrities of America do this week?

Amanda Overmyer "Back in the U.S.S.R." I dunno, this was sort of more of the same from Overmyer. The song choice sounded like a natural thing for her when I first heard it announced, but this didn't deliver the way she has in weeks past. She sold the song, but most of the time she shouted rather than sang. There were a lot of pitch problems. And like I said last week, I'm needing to see another side of Amanda. The shtick is wearing a little thin. 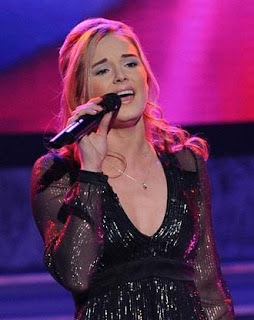 Kristy Lee Cook "You've Got to Hide Your Love Away" I hated the arrangement right off the bat and it was over for me once she started venturing off the melody. Kristy has a nice voice, but unfortunately she's just very boring to watch onstage and has a very schizophrenic idea of who she is as an artist. She had one solid money note at the end, but everything before it was just vanilla and average. And yeah, the sparkly black babydoll dress was nice, but it didn't fit the performance at all. Kristy's definitely walking the line this week.

David Archuleta "The Long and Winding Road" Well, Archuleta has planted himself firmly in the Clay Aiken camp with this performance-- a warm, near-perfect, acrobatic vocal, but it all sounded very LITE-FM to me. I mean, the song is kind of a downer. I thought it was a safe pick for Wonder Boy even through Simon Cowell jizzed all over it, calling it a "vocal master class" And the crowd goes wild... what is it about this guy?

Michael Johns "A Day in the Life" Johns chopped one of my all time favorite Beatles songs to bits with his arrangement and rendered it into merely passable karaoke. The frenetically changing tempos and complex melody wreaked havoc on his voice, which is much more suited to those big rock anthems full of big sustained notes. Not a good week for the dreamy boy from Perth but I hope it's enough for him to get through the vote.

Brooke White "Here Comes the Sun" Brooke dropped all the instruments and allowed her voice to take center stage tonight. Unfortunately the melody's range didn't do a thing to show it off. Ergo, a poor song choice. Brooke was an ethereal hippie girl all full of smiles tonight, but seemed awkward and out of place when trying to dance her way across the stage. I totally get why she wouldn't want to play guitar on this one (the picking is pretty hard), but again... bad song choice. And bad yellow dress to go all matchy matchy with the yellow lighting and sunny lyrics was just way too much for me, and the judges. 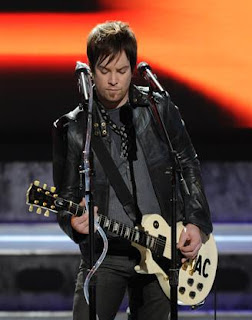 David Cook "Daytripper" Cook pulled out another memorable, radio-ready cover this week with his modern-rock treatment of "Daytripper". This was a polished, professional, performance from an artist just waiting to make pop records. That clip could have been from a concert tour. Again, can't wait for the iTunes download. Cowell was pretty harsh on him, essentially calling him a one-trick pony, but both Showcase and I couldn't have disagreed more.

Carly Smithson "Blackbird" This is really not one of my favorite Beatles tunes and agreed with Cowell that of all the Beatles songs out there available for them to choose from... she picked this? Still, Carly managed to deliver a controlled, focused performance with a delicate guitar and string arrangement that allowed her lower range to shine. The high notes delivered, but were subdued compared to Smithson's usual vocal acrobatics. A good, solid turn from her and she should sail through.

Jason Castro "Michelle" Dreadlock boy was wayyy boring with this one. It was a middling, weak vocal that lacked emotion and he was really only able to skate by on charm and good looks tonight. But hey, this is the guy who got a dead guy's cover of Halleluljah to rocket to #1 on iTunes overnight. The ladies love sweet sweet sensitive Jason and his squealing pre-teen fanbase should wear out their thumbs dialing and texting enough times to keep him around for another week or so.

Seyesha Mercado "Yesterday" Seyesha seemed uncomfortable with the tempo of the song and was behind her acoustic guitarist the entire way. I dunno... I didn't dig it. She had one good money note in there, but it wasn't enough to really capture the audience. Granted, it was better than what she's turned out in weeks past and it'll probably let her skate through to next week, but Seyesha is one contestant that is starting to fade to the background for me. She really hasn't done anything to really make me sit back in my seat since her now-infamous "I have laryngitis, but can still blow it out" performance during Hollywood Week. Seyesha needs to try on a big-girl song and really wow us to get back in this competition.

Chikezie "I've Just Seen a Face" Just as I was about to type the sentence "Chikezie smooth-jammed it out yet again", his cover of this McCartney classic took an abrupt turn toward the hideously twangy as he whipped a harmonica out of his pocket, blew into it like he was performing CPR on a drowning victim, and went into a full-on hoedown rendition of the chorus. Seriously, this was some weird shit. I mean, is he going for the country black man thing now? Is there such a thing as the country black man thing? I just don't get it.

Ramiele Mulabay "I Should Have Known Better" Honey, this is a competition. It ain't no kum-bay-yah. This was Vegas, it was beauty pageant, it was cruise ship, it was decent karaoke. It wasn't nearly in the same league as her biggest competition on the show. Without a strong identity to go with her big vocals, Ramiele's days are numbered on this show. And seriously, the fedora and vest thing was so Britney in 2004.

My prediction for the week: I think it's curtains for Chikezie.