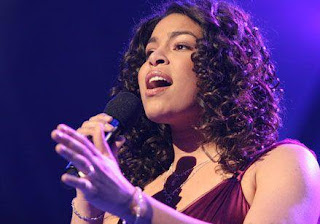 It's the night before a trip, so I'm at peak multi-tasking capacity. Doing laundry, packing, finishing a bunch of stuff I needed to write, making sure I don't leave filthy dishes in the sink for Showcase to growl about while I'm gone. And, of COURSE watching American Idol! I'm driving to Vegas tomorrow morning to meet up with Pauly, Derek, and Senor on their annual March Madness trip, where the three of them spend one spring weekend betting heavily on the NCAA action. Best part about the whole damn thing aside from seeing the three of them? We're staying at the uber-swank Red Rock Casino! Psyched doesn't begin to describe it. Though I won't be betting on hoops, there juuuuust so happens to be a sick poker room right next to the sports book, where I'll undoubtedly log some hours in the $4-8 half kill.

But onto American Idol, where this week the final 11 treated us with songs from the 1960s "British Invasion." It's also worth mentioning that the contestant eliminated this week will be the American Idol "Tour Bubble Boy" (or girl) as only the top 10 contestants get to embark on the 50-city post-competition national concert tour. Tour, of course= mo' coin, mo' exposure. Let's see how they did:

Haley Scarnato wore shorts. Obviously she's betting on her looks and her body at this point instead of her talent, which is a good strategy for her given that she's solidly at the back of the pack amongst the remaining female vocalists. Haley did do better tonight, but when she performs I feel like we're still at karaoke night at a Jersey Shore bar instead of watching the birth of a new pop star. Granted she's a pretty good karaoke singer, but as we've heard time and again from Simon, that just ain't gonna cut it on Idol. If any straight guys actually watch this show, I'm sure they'll be diggin' on the backless silk halter and the hot pants and maybe that'll get her a few votes, but instead of pop stardom I see this one getting a gig on Disney Cruise Lines after she's finally voted out of this competition. That, and a spread in Maxim.

"Timber-lite" started out strong. I actually heard some supported, on-pitch notes from Chris in the first verse of this song instead of the nasaly falsetto he usually delivers. The acoustic guitarist onstage was a nice touch to top off a good arrangement of the song. He's still not one of my favorites, but this performance should at least leave him safe for another week.

Stephanie Edwards: "You Don't Have to Say You Love Me"

Uh-oh! Simon said "cabaret!" Death! Doom! Destruction! I actually thought this was a GREAT song choice for her, but it did get pretty rough for me there 3/4 of the way through when she started adding some of those runs to the last chorus. With Stephanie, I'm not quite sure what the judges want from her. They told her to move away from the really rythmic R&B stuff... so she did... now she's "losing her edge." OK? So, what now? I think Stephanie is safe for this week, but she'd better bust out something seriously dramatic next show or else she'll be heading for danger.

Blake Lewis: "Time of the Season"

Another interesting arrangement from the beat-box king, which I do admire, but yet another weak vocal. He couldn't handle the high notes on the chorus at all and practically shouted them in order to hit the pitch. But...the judges didn't seem to notice that. How about if they addressed his VOCAL instead of his arranging skills or how fucking "contemporary" he is. It's a SINGING COMPETITION, people not American Electronica Track Producer Idol. I won't even discuss the plaid pants.

I was soooo hoping for her to sing "You're My World" after the Lulu segment. Instead, I was underimpressed by LaKisha for the first time all season, and it was purely due to song choice. She sang it fine, but Simon hit the nail on the head when he said that the song aged her-- the arrangement, the borderline drag-queen mannerisms, the styling choices. I still believe in LaKisha, but this one wasn't too good for me. Here's hoping she listened to Lulu and busts out "You're My World" later in the competition.

FINALLY we hear the range he has! Sweet Jesus can this kid wail. This performance had energy, it had personality, and it had showmanship. He totally outsings Timber-lite and Beat Box, I don't know what Simon's smoking (but it's certainly not as good as the shit I'm smoking, hoooo-weee!). Fuck the judges, I liked Phil a lot more this week. But more self-tanner on the head, please. The gradual tan moisturizer isn't doing enough.

Jordin Sparks: "I Who Have Nothing"

This is one of the ultimate I-love-you-so-much-I-wanna-slit-my-wrists songs of all time, and this girl LAID IT DOWN. This performance was one of the most memorable efforts from any contestant this season and is the only one I've watched back twice. LaKisha had better get her game face on because Jordin outsung her his week and positioned herself as a serious contender for the title. Now that she's more than proven her vocal chops in relation to LaKisha and Melinda, I'd like to see something fierce and up-tempo from Jordin next week. As the judges, Seacrest, and everyone keeps beating into our heads, she is only 17. So let's see something young and sexy and fun.

Sanjaya Malakar: "You Really Got Me"

I'm not sure which is more horrifying. The blazer, the shirt, the fingerless gloves, the strangely feminine hair blow-dried within an inch of it's life, the deep knee bend hip grind in front of Paula, or the ridiculous faux rock-star jump at the end. Who is that deranged little girl crying in the audience and where are her parents? I will join her if those Vote for the Worst freaks robo-vote enough to give him another week PLUS a spot on the Idol National Tour. It's just wrong.

This was theoretically a good song choice for a girl with the "rocker" image Gina is going for, but the excecution fell way short. She screamed her way through her performance for the second week in a row. The outfit was a bit much for me as well. There's "rocker" and then there's so overdone it eliminates any shot at authenticity. Where's that girl that can tear up a Heart ballad? I miss her, and she'd better come back if she wants to stay in this competition.

Chris Sligh: "She's Not There"

Chris is fading fast for me. The vocal just wasn't there and the phrasing way off. Every time Chris went for the money note tonight, I found myself wondering what Phil Stacey could do with it. It was just a'ight for me, dawg. He's gotta blow the doors off the place next week if he wants to stick around .

Melinda Doolittle: "As Long as He Needs Me"

I wasn't totally thrilled when I heard this was her choice. A show tune? This show tune? The melody is kinda plodding and boring, but it does have a hell of an ending, so... could she make it work? Come on. This is Melinda. Like Jennifer Hudson, Katharine McPhee and Fantasia before her, she can just make anything work while placing an indelible personal stamp on the song. Yet another knockout vocal from our front-runner-- one that far outshone the song she chose.

My prediction for this week: Scarnato's sexy shorts aren't enough to keep her alive-- she'll be our bubble girl while the voting power of the VFTW freaks and outsourced Dell employees on the Indian sub-continent will propel Sanjaya to a spot on the Idol tour.

Here's where I'm at with the contestants--

Agree, disagree? Sound off in the comments!

I agree the idiots of VFTW and the Howard Stern fan club are taking me over the edge. If I have to go one more week putting my television on mute because Sanjaya is wailing to the audience and making girls cry from ears of pain, I might just slit my wrists.

I think Haley is using her charm to get votes and she might have a chance in staying being as that she had enough votes to even beat out Sabrina. But I agree she's the weakest girl. I'm praying for Sanjaya but VFTW, Howard Stern, and all 711s cornerwide are on his side. We can only hope for the best.

I hope you have a blast in Vegas and hope you get to a television in time for eliminations tonight.


Come on. You have to appreciate it for the comedy alone. I love watching the guy on YouTube. It will come time to cut him loose eventually but I just can't do it right now. I had tears in my eyes.

How did this guy even make the cut? Well, American Idol got what it deserved.

Entertaining review - we see things very much the same, particularly about Blake. Hacks me off when the judges deviate from their assigned duties, which are first and foremost to critique the singing.

Bookmarking for next week, so you better deliver...