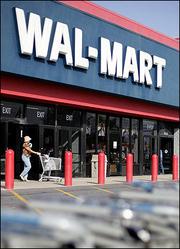 After a $165.00 loss on Saturday, which is no small sum given my current less-than-a-month's rent bankroll , I took a breath, dug in and tried to get back on the horse today. It was a noble pursuit and a psychological challenge, for sure, and like most things poker-related for me lately, turned out like crap.

Goddammit I want to write that shiny happy poker post.

First stop, the $22 SNGs, which are more or less the poker equivalent of a part-time job at Wal-Mart. There's absoultely no challenge to them, you don't get health insurance, and if you're lucky you'll net $4 an hour after taxes. Low limit SNGs are frightfully boring but unfortunately they are, for me, by far the easiest way to unstick myself after a bad run. I won the first one. That was nice. Left me only stuck $97 from last night. I also ground out 13 bucks at $1-2 O8 on Stars while I played the first SNG.

The next three SNGs-- not so hot. A 5th, a 6th, and a 3rd. I flipped from the Stars O8 tables to clear bonus at Full Tilt, where a $1-2 game had finally come together. My bonus was dropping $40 in THAT game. One more SNG, one more 6th place.

Seeking a break from the Wal-Mart checkout counter, I took a leftover token and bought into the $35K guaranteed on Full Tilt. 1,906 runners. Most I've ever seen in that tourney. $45K prize pool. 308 paid. Was doing well until I took K-K to war against T-T preflop, flopped top set, and lost to a runner runner straight. 20-1 flop favorites like that are the stuff dreams are made of. Special thanks to the Full Tilt RNG for crushing what's left of mine.

-68.50 today. Add it to yesterday and a third of my roll went poof this weekend. Pa-thet-ic, I know. Variance, variance, everyone has bad runs, you're still a good player, you did your best, it'll turn around it always does, yeah yeah whatever whatever.

So much for rolling up a stake and going to Vegas. I may be there in body in 3 weeks time, but any gamble I possess will be locked up here at Wal-Mart.

Thank Driz with sexual favors that his wife would never approve of.

I don't think there's any other poker game that has so much variance as SnGs. The blinds escalate too quickly for any long-term skill to be a factor, and suckouts seem to happen more there than ever because of the chances you and others simply have to take to stay ahead. Solid, skilled players like you will win there, but not nearly as much as you should. I know I"m up quite a bit at those, but many times it sure doesn't feel that way.
And I play $10 SnGs, and even $5 occasionally, for that very reason. The variance would be too much for me (and my small bankroll) to take.

Keep Grinding and I expect a Shiny Happy Poker Post.

It's best to go with the basic pushbot strat for low limit SnG's. Tight in the early levels because 1 or 2 people usually get out of line and go busto, then slowly open it up and use fold equity to your advantage. Basically push with 1sr and 2nd tier hands and hope for the bets. You'll still end up doing coinflips at the end. I don't think there's a way around that.

I'll jump in a table with you or watch.