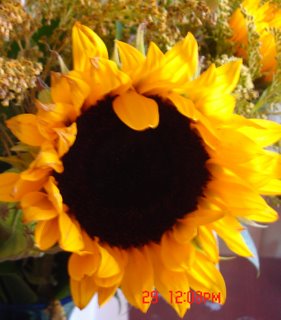 "The valley, what are you crazy? It's supposed to hit 100 degrees in the city. You know my policy. Except for work I only go to the valley November through March. And even then... only the sushi row." -Johnny Drama

My sister just signed a lease on a place in the valley. Why, in the name of everything holy would she want to live there? I don't know. It does have a pool. And central air. And it finally gets her, at 26 years of age, out of my parents' house. Arrested development perhaps, but if you knew the amount of money she's been able to save up and throw into the stock market while living at home, well, it makes my head spin every time I think about it. My father's too.

It's 10 degrees cooler here than in the valley and I'm still in a pool of sweat. No A/C in one's car will do that. Driving today was like being strapped into a mobile oven. I understand now why dogs ride around with their heads out the window. I did it myself today on more than one occasion. I said "fuck it" around 5:30 this afternoon and made an appointment to get it fixed tomorrow morning before I go down to Long Beach to pick up Pauly, who is taking a short break from his WSOP coverage to catch a couple of Widespread Panic shows with me this weekend at the Wiltern Theatre. If you haven't been following the WSOP on the Tao of Poker, well, what the fuck is wrong with you? Card Player may have the chip counts, but if you're looking for the real story of the WSOP, go no further than the Doctor.

And I don't say that just because he sent me pretty sunflowers.

The Doc is also appearing on Bluff Radio every afternoon with another one of poker's brightest journalistic stars, Jason Spaceman. Someone at Bluff clearly had too many cocktails when they agreed to give those two degenerates their own hour of airtime. But at least it's satellite so they won't get fined for swearing. This makes me so sad I don't have Sirius Satellite, but if you're lucky enough to have it, they'll be on Channel 125 at 4 PM PST every day for the remainder of the WSOP.

G-Vegas' own Otis is also busting his ass out there in Las Vegas so we can all live vicariously through him. Check out the Poker Stars Blog for updates on all the Stars qualifiers and pros. You'll also get the added bonus of putting a face to many a familiar screen name (e.g. THAT'S the donk who busted me from the Sunday Million?!")

Poker's a bit of a grind for me right now, ever since coming back from Tennessee. Lotta tournament finishes within one table of the money. I'll spare the bad beats because I've just gotta believe it'll turn around again. I can say for sure, though that playing an event in the WSOP is off the table for me this year. It's just not the right time for me to be buying into something that big and my efforts in the Full Tilt Bracelet Races have come up short. In a way, it's a relief, so I can spend more of my time in Vegas socializing and meeting people rather than stressing about a huge tournament.

Look at me, rationalizing. ;)

I'll be back shortly with the final two parts of Bonnaroo.
Posted by change100 at 11:00 PM

How about a last longer bet for the World Series of Poker?? Helmuth, Gordon, Ivey, Raymer, Moneymaker, Brunson, Etc. I am betting on Greg Raymer for the men and Jennifer Tilly for the women.

I love Entourage - it's the best show on T.V. right now. I'm cracking up that you feel the same way about the Valley as Johnny Drama. Is it really that bad???

Thanks for the Bonnaroo update... Im off to Phil and Pfriends with Mike and Trey joining Phil in a little bit. Cant think of a better way to tune up for my Vegas trip!!

You are still the best tournament player I know not named Ryan.